Should be something about IT

According to IDC [1], 47.9% of the servers worldwide ran Windows Server whereas 40.5% ran Linux. W3Techs [2] ran a survey this month, which checked the top 1 million Web servers (according to Alexa) and 64.9% of them were running Unix/Unix-like operating systems, 35.2% were running Windows and less than 0.1% were running Mac.

sed – 20 examples to remove / delete characters from a file

In this article, we will see the examples of how to remove or delete characters from a file. The syntax of sed command replacement is:

This sed command finds the pattern and replaces with another pattern. When the replace is left empty, the pattern/element found gets deleted.

Let us consider a sample file as below:

1. To remove a specific character, say ‘a’

2. To remove 1st character in every line:

This tells to replace a character with nothing. Since by default, sed starts from beginning, it replaces only the 1st character since ‘g’ is not passed.

3. To remove last character of every line :

The $ tries to match a pattern in the end of the line.

4. To remove the 1st and last character of every line in the same command:

Two commands can be given together with a semi-colon separated in between.

5. To remove first character only if it is a specific character:

This removes the 1st character only if it is ‘F’.

6. To remove last character only if it is a specific character:

This removed the last character only if it s ‘x’.

7. To remove 1st 3 characters of every line:

8. To remove 1st n characters of every line:

.{n} -> matches any character n times, and hence the above expression matches 4 characters and deletes it.

9. To remove last n characters of every line:

10. To remove everything except the 1st n characters in every line:

.* -> matches any number of characters, and the first 3 characters matched are grouped using parantheses. In the replacement, by having \1 only the group is retained, leaving out the remaining part.

11. To remove everything except the last n characters in a file:

Same as last example, except that from the end.

12. To remove multiple characters present in a file:

Not just a character, even a pattern can be removed. Here, ‘lari’ got removed from ‘Solaris’.

14. To delete only nth occurrence of a character in every line:

15. To delete everything in a line followed by a character:

16. To remove all digits present in every line of a file:

[0-9] stands for all characters between 0 to 9 meaning all digits, and hence all digits get removed.

17. To remove all lower case alphabets present in every line:

18. To remove everything other than the lower case alphabets:

^ inside square brackets negates the condition. Here, all characters except lower case alphabets get removed.

19. To remove all alpha-numeric characters present in every line:

All alpha-numeric characters get removed.

20. To remove a character irrespective of the case:

By specifying both the lower and upper case character in brackets is equivalent to removing a character irrespective of the case.

By default the ulimit is set to 1024 only, first you need to increase system wise with adding this one in /etc/sysctl.conf

switch to /etc/security/limits.conf and add the following lines:

switch to user for which you need to increase the file-max for, with this the default for all users will be 16384, you can increase with ulimit -n XXXX now. 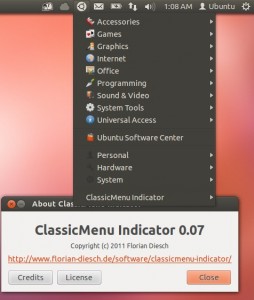 Tonite it’s getting late but I wanted to post something that is useful for quickly getting to the shell from any GUI location. The package nautilus-open-terminal does just what you might guess it does. It allows you to launch a gnome-terminal from a right-click within nautilus.

You might remember I blogged about something similar long-long ago with nautilus scripts.  This is based on the same idea, but now wrapped in a nice shiny deb package.  From the package description:

To install this quick-launch to the terminal simply run:

You may need to restart gnome / nautilus for the change to take effect, but afterwards you’ll have a “open terminal” button on your right-click menu anywhere within nautilus or gnome-desktop area.  Enjoy.

Theme by Anders Norén — Up ↑